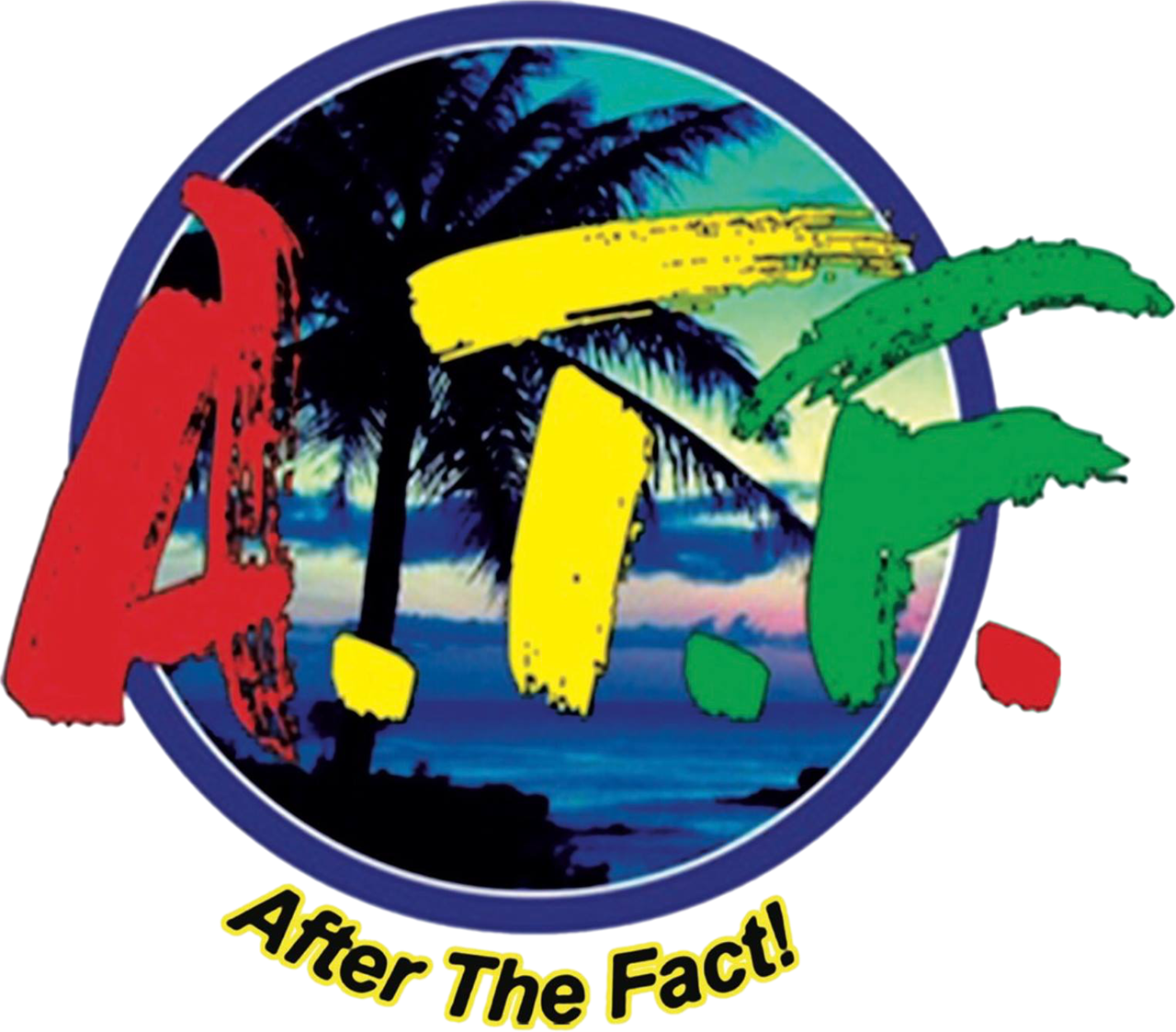 Formed in 2015, The A.T.F. Band is a group of musicians out of Kingston, Jamaica, who came together to breathe new life into the local and international scene, citing a void of authenticity and true love and respect for the music.

It’s members comprise of widely experienced musicians, who at varying times, have travelled the globe entertaining on the big stage, with a multitude of well known REGGAE and world Artists. Herbie Harris (founder) on keys and vocals, Stephen ‘Leeven’ Lee on drums and vocals, Courtland 'Gizmo' White on guitar and vocals and Lyndon ‘Ace’ Webb on bass and vocals.

Since it’s inception in 2015, The A.T.F. Band has been performing on the Island, at clubs, venues and private functions, a mix of Reggae, Dancehall, Ska, Rocksteady, R&B, Soul, often all in one performance, much to the delight of Jamaican audiences, who are no strangers to other genres of music.

In January of 2019, the band released their fisrt single YARDIE, which was widely received by much of the Jamaican diaspora in the USA and the UK, Making it to the top spot, #1 on the reggae charts of The Foundation Radio Network.

The Year 2020 was fraught with difficulties due to the COVID19 pandemic, which caused lockdowns and venue closures directly after the release of The A.T.F. Band's EP entittled "Yardie". However The A.T.F. Band continued recording and releasing material through this time.

As at August 11th, 2022 after eleven (11) weeks Collie Weed climbed to the #4 spot on The Foundation Radio Network Charts.

The A.T.F. Band with it's mission to bring a new level of entertainment, continues to record and perform their choice and execution of musical authenticity.

… keyboard player, vocalist and founder of The ATF Band, started his musical career in the early 70’s playing on Jamaica’s north coast hotel scene, with  the 7th Extension band. Herbie moved back to Kingston where he did works and toured with Pablo Moses, until  eventually joining Kotch as their keyboard player in the early 90’s. Herbie started working with Sly & Robbie, and played on the #1 hit song “Murder She Wrote”. This lead Herbie to a worldwide tour backing Maxi Priest and Freddie McGregor. In the early 2000’s Herbie joined Third World Band as keyboardist for a period of 10 years, at  the end of which he decided to take a break from touring and spend more time in the studio. In 2015 Herbie founded The ATF Band.

Drummer Stephen Leeven Lee, learnt the craft of drumming playing along to mostly Motown and early reggae songs.    In 1983, after returning to Jamaica from the USA, Stephen formed the band Kotch, along with his uncle Pablo Stewart. In the early days the band would do a lot of work backing artists like Yellowman, U-Roy, Lt. Stitchie, Gregory Issacs, & Chakademus, to name a few.    In 1986 they had the monster hits “Jean & Head over heels”. Around 1990 the band teamed up with Sly & Robbie and did an album that earned them the title “Band of the year” in Jamaica, and a contract with Island records.   Stephen returned to Miami in the late 90’s, to manufacture and distribute reggae CD’s for various artists out of Sonic Sounds Jamaica.    In 2014 Stephen returned again to Jamaica, when ex-Kotch member, keyboard player Herbie Harris told him that an opening existed for a drummer in ATF.    Stephen could not wait to jump back into the music.

Born and raised in Kingston, Jamaica. Despite his mother’s wishes, ‘Gizmo’ was more drawn to the studio next door, growing up during the Dennis Brown, The Congos and Bob Marley era, it is arguable that ‘Gizmo’s informal musical classroom would rival any traditional education. Gizmo began his musical career playing bass guitar, but later switched to lead guitar as he developed a love for the intricacies and detail in building rhythms and combining sound.  Through Calypso, Rock Steady, R & B and Reggae, touring with legendary artistes such as; Ini Kamoze, Black Uhuru, The Abyssinians, The 7th Extension Band and lead guitarist for Raging Fyah, the love for the music and years of experience being in the industry combined, has allowed Gizmo to promote consciousness and love. His longevity in the business has been characterized by selfdiscipline and humble perseverance.  Gizmo moved on in 2019 and rejoined longtime associate and fellow musician Herbie Harris as lead guitarist/vocalist for The A.T.F. Band and continues to be a source of inspiration and advice for younger musicians…

Bass guitarist, Vocalist, Engineer, Producer and Arranger, known simply as ‘ACE’.   His career in music began in the 1980's after graduating from high school, where Ace found interest in the bass guitar as his weapon of choice, backing some of Jamaica’s early dancehall artists like Sean Paul, Audey Murphy, Tiger and others, on shows in and around the country, whilst also assisting others by engineering in clubs and on some shows.   Ace received further education at the School of Audio Engineering (London) and was awarded certification in audio production, whilst performing with The Ruff Cutt Band, then the leading backing band in the UK for reggae artists and locals on tour.   On returning to Jamaica, Ace joined the band GiBby, recognized as the leading influence for the alternative scene on the island, with their adaptation of crossover reggae and rock music, while engineering in studios or otherwise on stage for Benjy Myaz, Joanna-Marie, Freddie McGregor, Judy Mowatt, Anthony B and Luciano.    Before the end of the 90s, Ace was called to fill the bass player's role in Big Mountain (California) and continued touring and performing with said group until asked to assist Leon and The Peoples (New York), with engineering and arrangements in rehearsals leading to an inevitable transition to stage, as bassist/director.    Ace continued playing for and assisting other artists until approached by Herbie Harris, about getting a band together with a different intention, than that which was of the time.